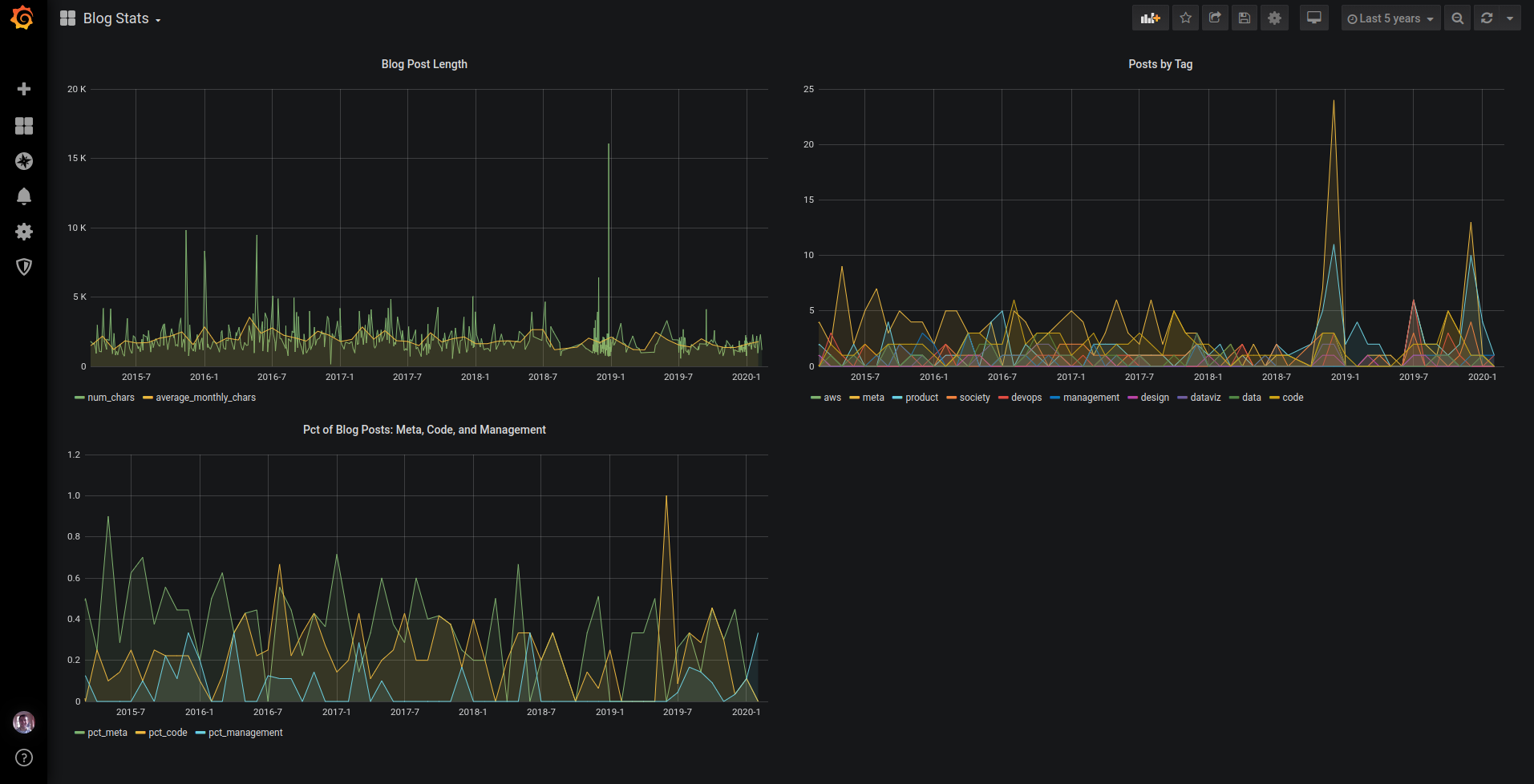 Last year I wrote about the idea of a personal dashboard and earlier this year I described my 2020 goals and how I’d go about measuring my progress. The past two days I was able to combine the two concepts and created a simple Grafana dashboard to measure my progress against the blogging goal. As with most tasks, the most difficult part was getting started and the actual exercise took a few hours. While it’s still fresh in my mind I want to document the step by step process in order to both provide a perspective into how I work while also giving others a guide to setting up their own.

The solution is far from perfect - for example if the instance hosting Grafana goes down I’d have to repeat the bulk of the above steps. At the same time, that’s a risk I’m currently willing to take, especially since the process itself was so quick and I’m manually saving down the JSON behind the dashboard.