While watching The Imagineering Story I discovered that Disney was the target of a hostile takeover attempt in the 1980s. This is shocking given how dominant Disney currently is and it’s incredible that it came that close to being broken up and sold as individual pieces. Luckily, Disney withstood the attempt but this was a wakeup call that led to Michael Eisner rekindling the Disney magic.

There’s a ton written about the attempt by people better suited but what I find fascinating is that the entire breakup attempt goes against the entire strategy Walt Disney put together in 1957. The entire strategy is incredible and is still in play right now. The core are the movies and shows that Disney produces which then drive every other channel. The power of strong and compelling content creates adjacent opportunities that then feed the next generation of great content. It’s sad and scary to think what would have happened had Disney been broken up. 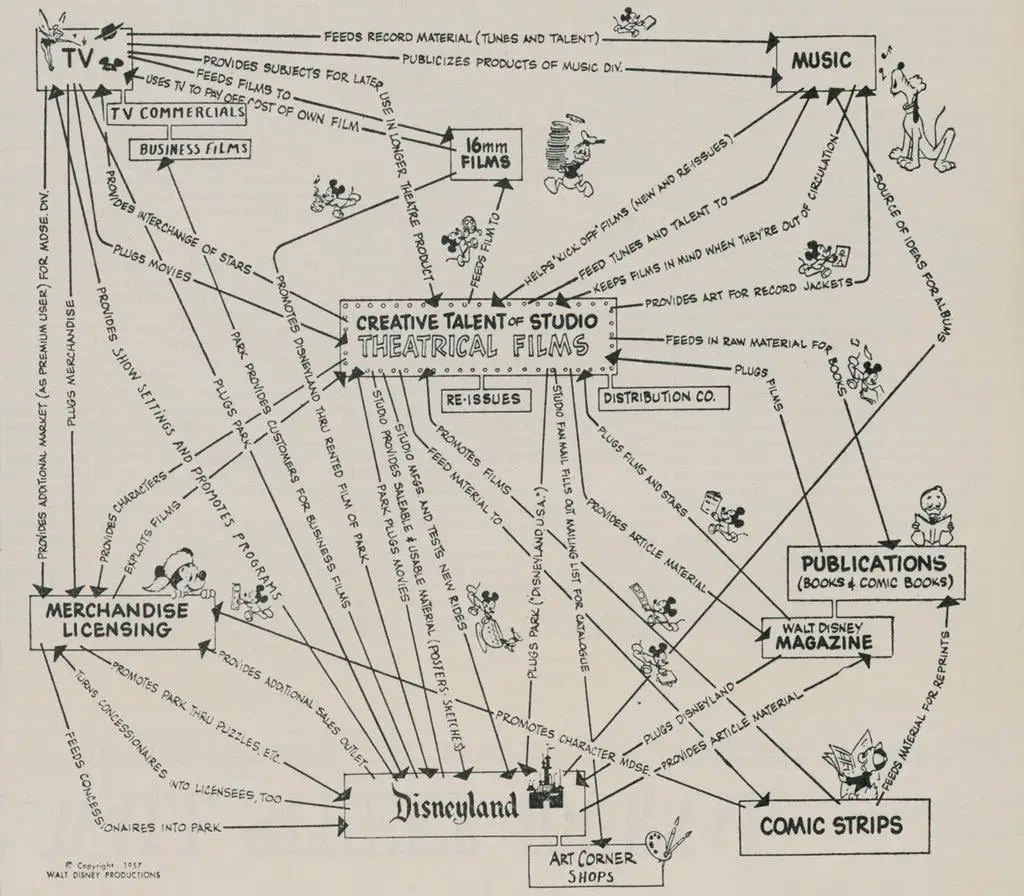