During this year’s WWDC Apple announced ARKit, a development framework that simplifies the ability of incorporating augmented reality into your app. I’ve been fascinated by this for a while and took a stab at getting their code running. I’ve only dabbled in iOS development so the bulk of the effort involved getting the latest Xcode beta and then discovering to run the full example I needed to upgrade my phone to run the iOS 11 beta. After this the included ARKit example worked perfectly and left me pleasantly surprised. It worked remarkably well and highlighted how powerful ARKit can be; I’ve included some sample screenshots below. Snapchat had to invest the time and effort to develop their filters but ARKit will make that significantly easier for future developers. This is an extremely powerful move by Apple since it’s all about the apps and this gives app developers a tool unique to iOS. I have a lot to learn here but I’m excited to get deeper into the augmented reality world. I remember playing with VRML in the 90s and I consider this an extension of my childhood interests. 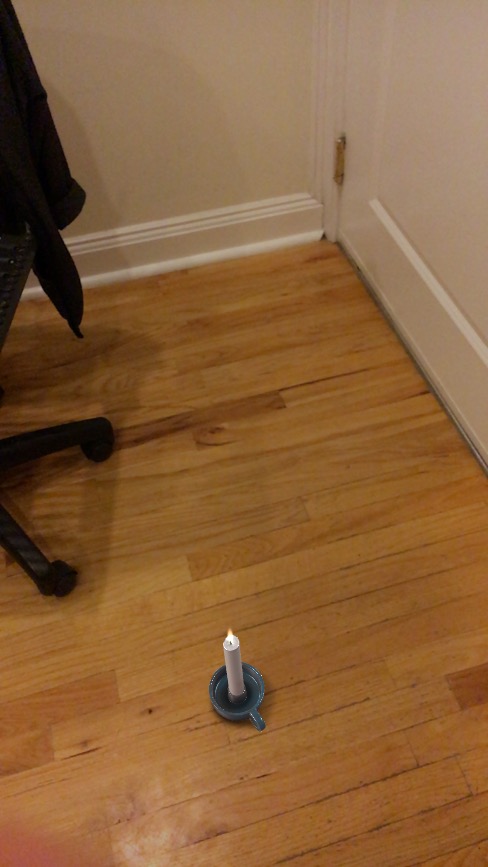