Irrationality of the markets: Amazon up, Netflix down 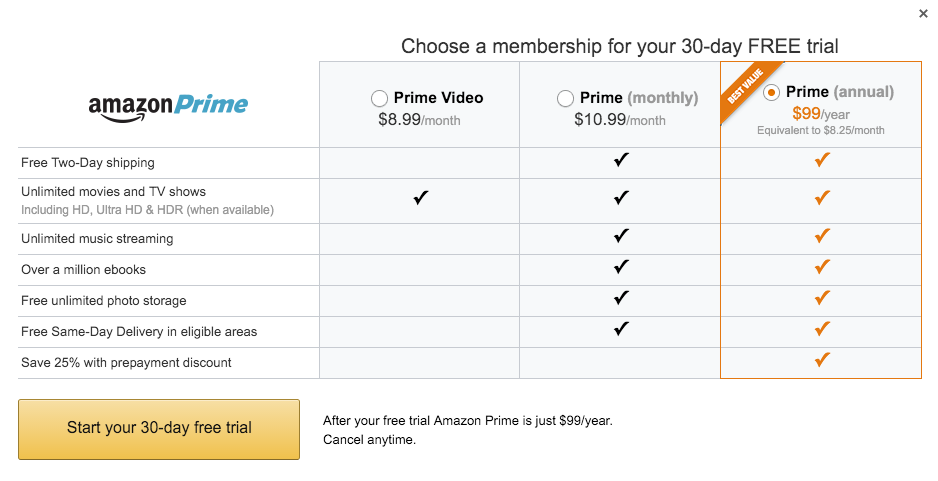 Last night, Amazon announced that in addition to the annual plan they’re going to start offering Prime as a monthly service. Sure enough, investors interpreted this as good move by Amazon (up 1.51% at end of day) while hurting Netflix (down 2.79% at end of day and even more post earnings). These percentages translate into a $1.34B decrease to the Netflix valuation and a $4.49B increase in valuation for Amazon. As a shareholder of both I find this behavior interesting for its irrationality.

Companies are constantly innovating and have a constant stream of ongoing initiatives and experiments. I’m surprised such a simple move can impact the markets so much - it seems like an obvious move that would have happened at some point and should have been baked into the current price. The fact that there was such a sudden stock price move attributed to the news strikes as proof in the irrationality of the markets - trivial decisions shouldn’t be moving the needle and people should be investing in long term plans and visions.

I’m bullish on both and view them both as compelling replacements to cable and legacy TV consumption. Netflix has better content portfolio and is worth the $7.99 I pay each month. Amazon provides some new shows but I’m a Prime member for the free 2 day shipping. I’d love to see the numbers but I suspect there’s a large overlap between households that have Netflix and those that have Prime. The real competition is existing cable networks that are going to get punished as the younger cord-cutter generations move out of their parents’ homes.