Last year I looked at the markup of a few different food delivery services by comparing their prices against the ones on the restaurant’s menu. I got the chance to do the same thing for Instacart a few days ago when the receipt was included alongside the delivery.

The markup wasn’t as significant or variable as the food delivery apps and was just over 9% for the majority of items. I imagine the intention was to keep it single digit in case anyone did the math and 10% does seem like a reasonable markup - even with the additional tip. 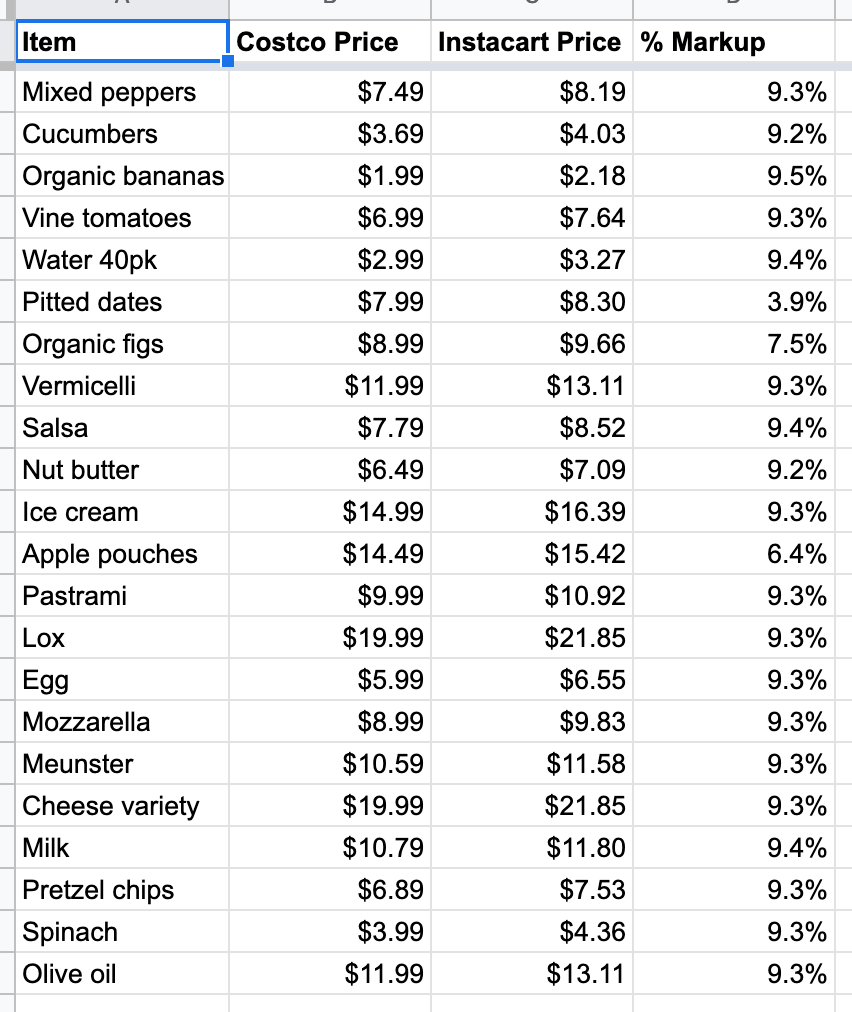