Impact of getting to the top of Hacker News in 2020

Two days ago I wrote up a quick post highlighting how Amazon owns more than $2B domains and it struck a nerve. It’s been shared quite a bit on Twitter and I posted it to Hacker News on Friday night before going to bed to wake up to it being near the top which drove a ton of views. It’s always a surprise seeing what takes off but there’s something about Amazon owning billions of dollars in domains that’s shocking and gets people riled up. My goal is not to write in order to get my posts to go viral but it’s empowering knowing that thousands of people are reading something you’ve written. 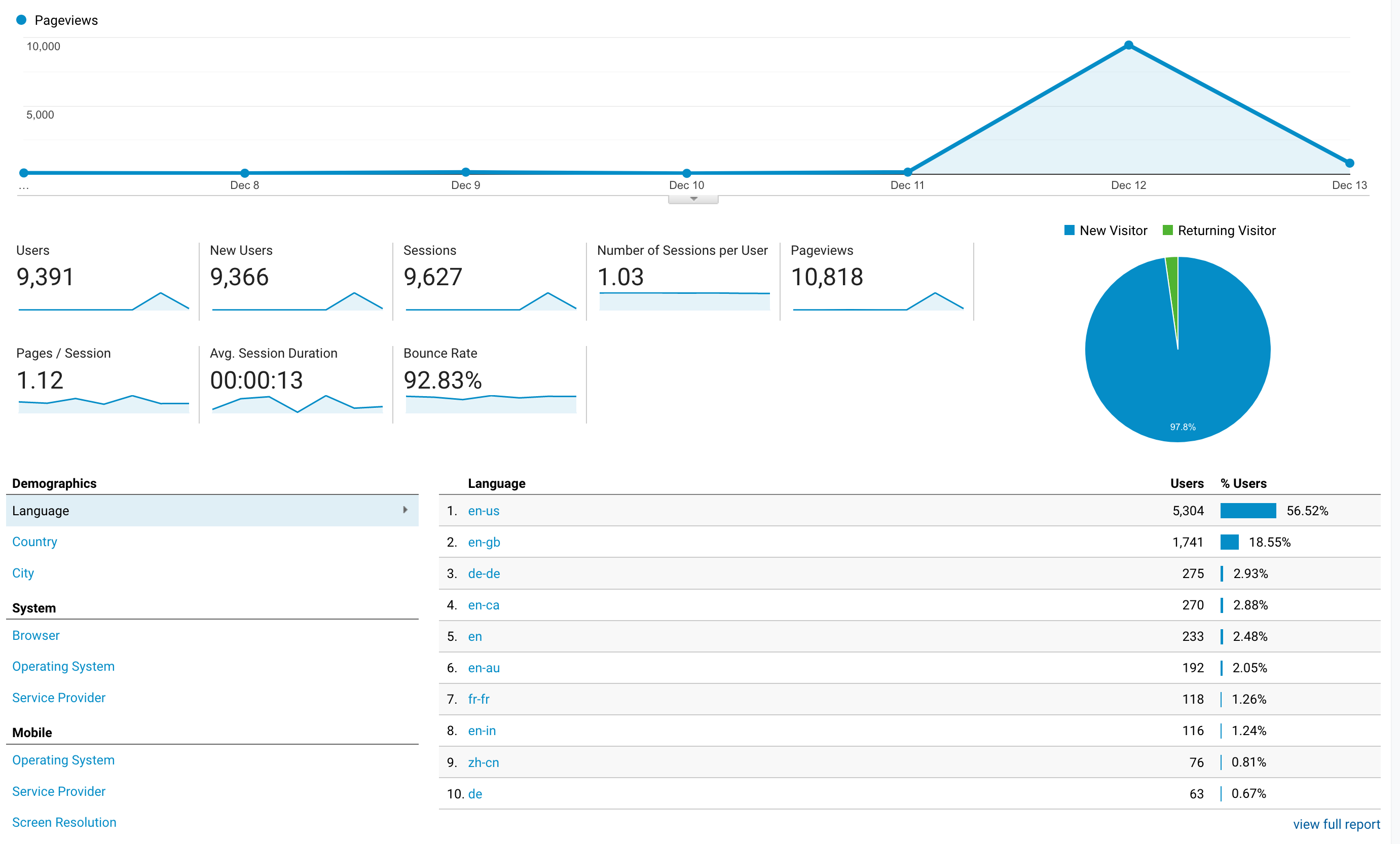 The last time I wrote something this popular was in 2013 which led to 29,000 blog visits across multiple days as well as coverage across other media sites. This post got me to almost 9,500 visits on a single day. It may be that Hacker News isn’t as popular as it used to be or more likely it’s become very difficult to stay at the top for long.

When I started blogging I used to be much more aggressive about promotion but these days I just enjoy the act of writing and editing. I’ve also been on a two post per week cadence which has been difficult to maintain and led to a decline in post length. I’m starting to think about how I’m going to change things up for 2021 but am leaning towards doing fewer, more in-depth posts while giving me the option to write quick posts if something comes to mind.