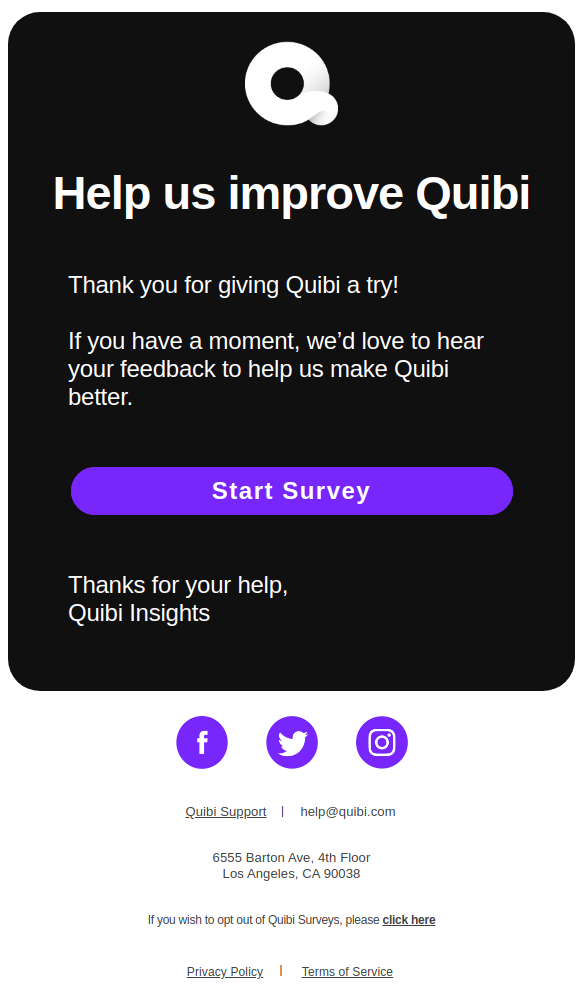 Everyone loves to bash on Quibi, including me, and yet I feel guilty. We should applaud those who try something new rather than mock it in hindsight. Sure, Quibi raised a ton of money and has an illustrious team but they still deserve respect for attempting to build something from scratch.

Earlier this week I received a Quibi survey and decided to do my part to give them honest feedback. As I was going through the survey that was attempting to understand my usage (or lack of) I developed a personal theory of why it’s failing.

Quibi’s premise was that with the rise of mobile there’s a large number of people that want short, yet high production quality content on the go. That led to them both launching on mobile only and spending a huge amount of their cash on professional content. That intersection is the problem. Rather than increasing their market it limits it. If I want something on my phone I can just open up TikTok or Instagram and get a continual stream of video entertainment that is at a much finer granularity - not Quibi’s 10 minute mark. If, on the other hand, I want something professional I always have Netflix, or Disney+, or HBO, or Hulu, or countless others. Sure those episodes are longer but the reality is that I can stop at any time and just resume from wherever I left off.

The focus on this intersection prevents Quibi from doing either problem well. People are not looking for one product to solve both problems and instead are willing to have a menu of choices for each.