Yesterday the internet blew up after Disney’s announcement of a new series, The Mandalorian, that would be available as a part of their new streaming service, Disney+. I watched the trailer and as expected it hit all the right Star Wars nostalgia points. The show itself wasn’t what stood out. Instead it was the closing scene where Disney highlights what Disney+ includes: Disney, Pixar, Marvel, Star Wars, and National Geographic. 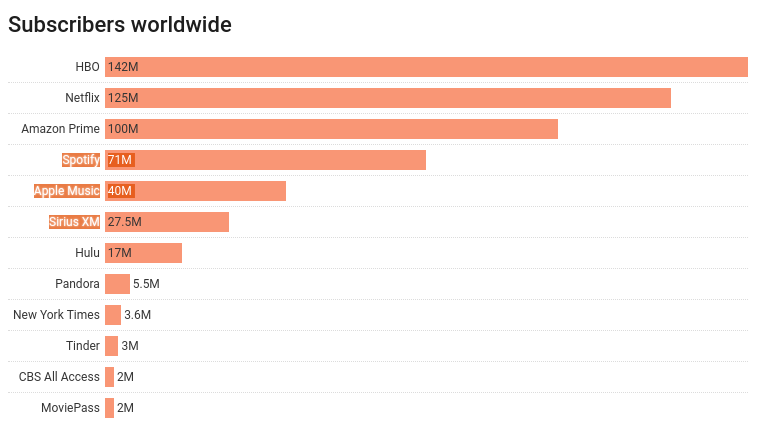 People following the “streaming wars” know how many properties Disney owns but this is a shot to everyone else that Disney owns a ton of content. It’s an incredibly strong move and makes me more and more bullish about Disney and the Disney+ offering. I’d be shocked if they don’t quickly rise to the top ranking. It’s a bit difficult to pull up to date subscriber numbers by service but I found some data from April 2018 indicating that HBO is ahead of Netflix which is ahead of Amazon Prime. I don’t know what the latest numbers are but I can easily imagine Disney quickly competing with the top 3. I wouldn’t even be surprised if they surpass every other streaming service - they have content that runs the gamut and the price is more than fair. I currently own a small amount of Disney stock but to put my money where my mouth is I plan on purchasing more this week.