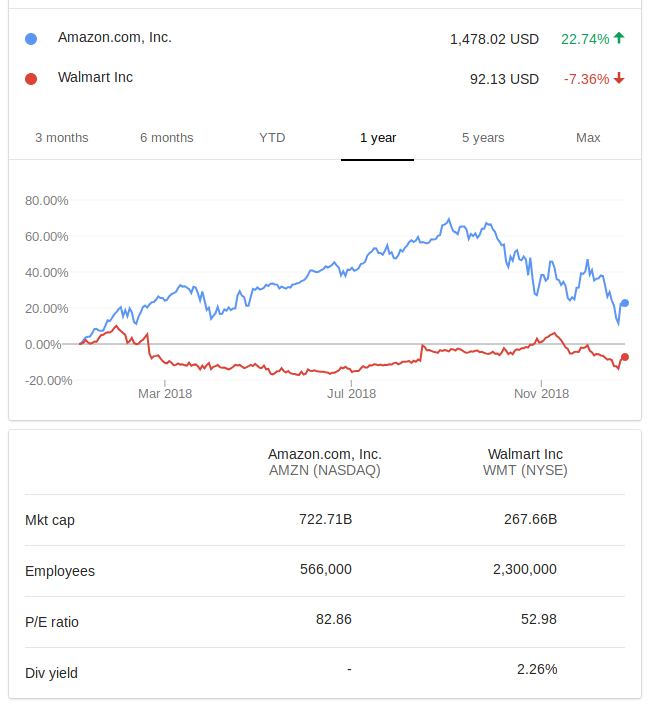 One of the most exciting business battles is Amazon vs Walmart and I’m interested in seeing what happens in 2019. As I’m writing this Amazon has a market cap of $723B while Walmart is at $268. At the same time, Amazon’s 2017 revenue was $178B while Walmart’s was $486B. The market views them as two completely different businesses and that’s fair - Walmart is a traditional retailer while Amazon has its hands in a variety of businesses - ranging from retail, to a marketplace, to a cloud hosting provider. Walmart is still trying to figure out ecommerce: they acquired Jet.com in 2016 and this past year bought Flipkart. Amazon, on the other hand, seems to be playing a very different game. They acquired Whole Foods in 2017 and Ring the past year. In the first case Amazon is going deeper into traditional retail while the latter feels like an entry into the home. It looks as if Walmart is fighting yesterday’s battle while Amazon continues plowing ahead into the future. I don’t know how this will play out but I am an Amazon shareholder so can’t help but feel optimistic.