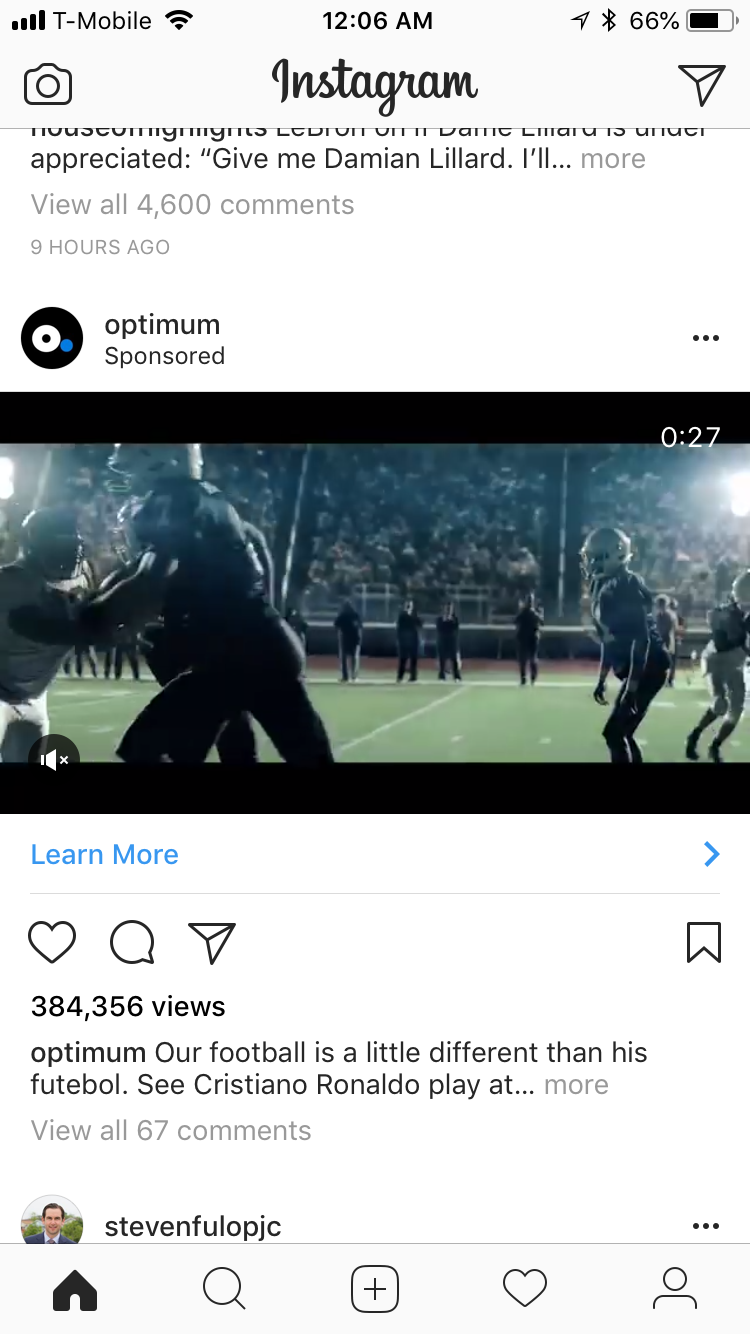 While browsing Instagram the other day I saw an ad for Optimum. Despite it being for Optimum the ad showed a sports clip that could have just as easily been on a highlight real or a a trailer for a sports movie. In fact, if it weren’t associated with Optimum maybe I would have even clicked on it.

Having a strong brand is incredibly valuable - think Coca Cola. A weak brand (think amy ISP), on the other hand, is incredibly damaging. If a company has a strong brand they should definitely flaunt it but I’m surprised that in this day and age poorly branded companies still operate under their primary brand. There’s nothing stopping them from launching dozens of unique brands each designed to appeal to a particular audience.

They’d still be able to leverage the underlying infrastructure but the differences would be on the way it’s presented to customers. This would range from the way the product is marketed and advertised to the way the website is designed.

We’ve already seen something similar in retail with major brands having a variety of subsidiaries. The best example is Gap. In addition to Gap, it also owns Old Navy, Banana Republic, Athleta, and Intermix. Gap could have marketed each of them under its own mantle but given the audience it made a lot more sense to let each brand manage itself. I don’t know how much of the Gap infrastructure each of the subsidiaries leverages and Gap may very well be just a holding company but in that case efficiens are lost. Gap should leverage its size to get discounted rates on everything it uses - ranging from the raw materials used for clothing to improved shipping rates to improved advertising rates.

For modern internet brands it is easier than ever to push towards a world where every customer has their own brand. It is extreme and unlikely but it’s inevitable that we see an increase in these microbrands that are designed to go after specific customer segments. I’m constantly surprised by how many startups there are selling mattresses and this is only the start.