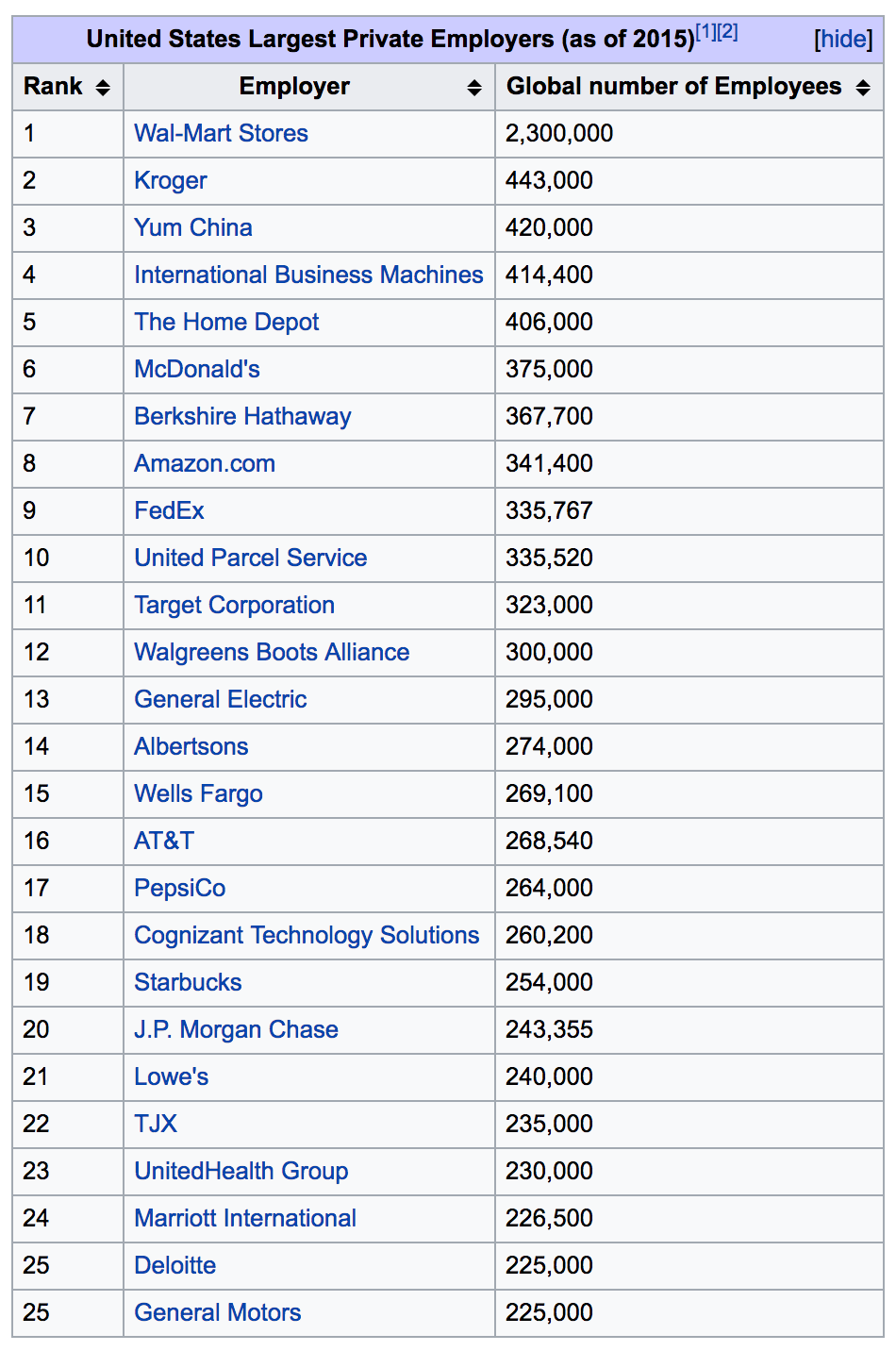 Amazon’s an incredibly competitive company with a ton of defensive moats but one I haven’t seen mentioned much is also the one I think is one of the most powerful: its sheer number of employees. And rather than having them isolated to a few key offices they’re spread out across a variety of cities, states, and countries. Amazon has over 340,000 employees which is almost 5 times the size of Google’s 72,000.

The benefit of these employees is that they give Amazon significant leverage when dealing with governments. By having such a large, unified block of people Amazon is able to push for special treatment that wouldn’t be given to any other company. They can have cities competing against one another to offer the best benefits in order to win an Amazon location. Winning the location would bring thousands of jobs to the community which would improve the economy, lead to a higher tax revenue, and generally make the city more popular. Amazon is still significantly overshadowed by Walmart at 2.3M employees but it puts them in an incredible position when compared to their competitors in tech.