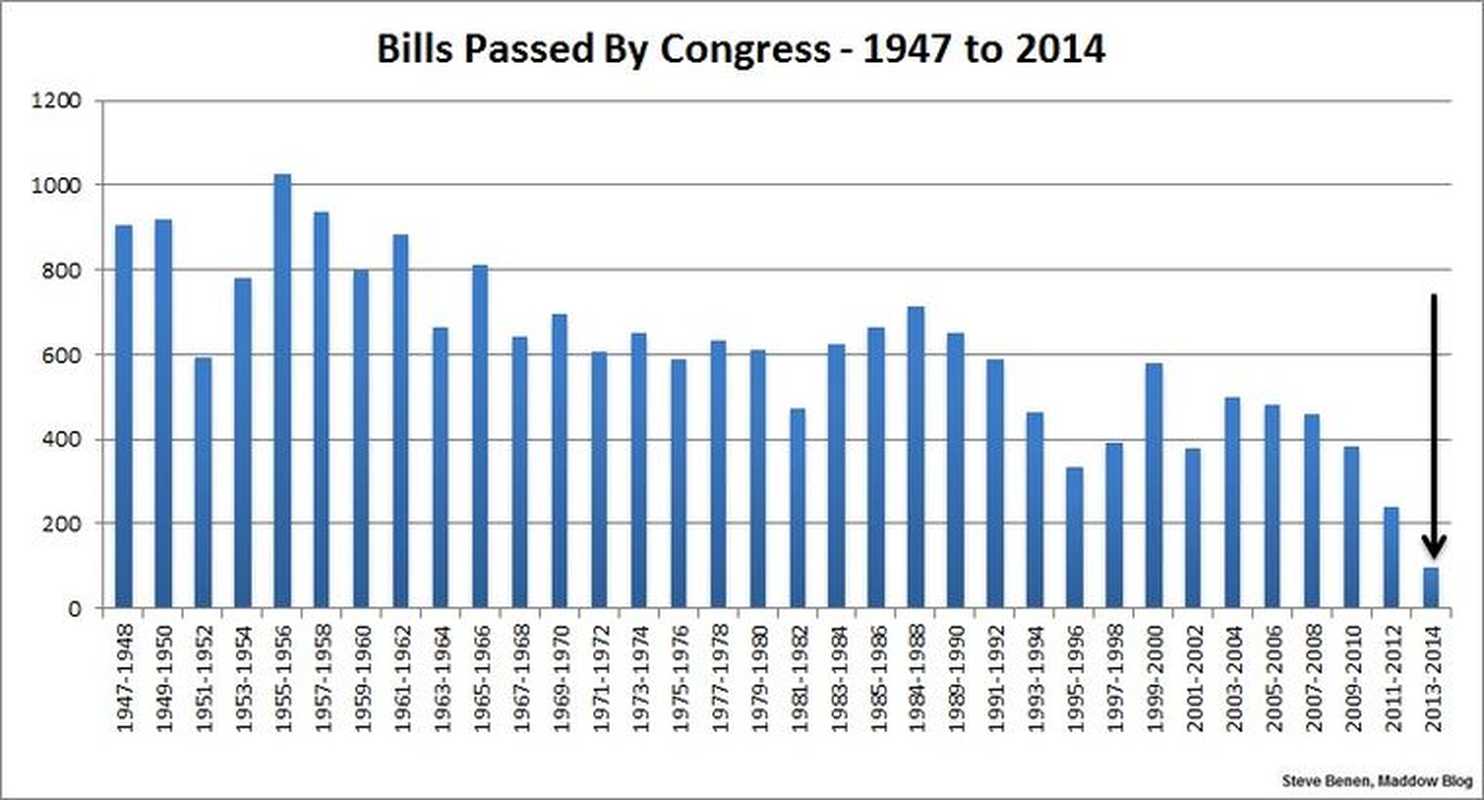 Whenever a new law is passed it’s incredibly difficult to have it repealed since there are enough people benefiting who will fight against the removal. This leads to a situation where instead of replacing old laws with new laws we end up with a massive system of laws with new ones that just get thrown on. This leads to a whole slew of inefficiencies and requires experts to help navigate the landscape who themselves benefit from the complexity and want to maintain it as much as they can.

It’s true that there have been fewer laws passed over the past decade likely due to the polarized congress but I would rather see many old and archaic laws repealed in favor of modern ones that are built for the current and future world.

So what can we do about it? An idea I’ve been toying with is to give the opposing voters the ability to name it. The idea is that the law will be active but it will be so terribly named that it will be much easier to repeal in the future. I’m only partially joking and suspect there may be something here. Imagine the type of public support we’d see to repeal awfully named laws.