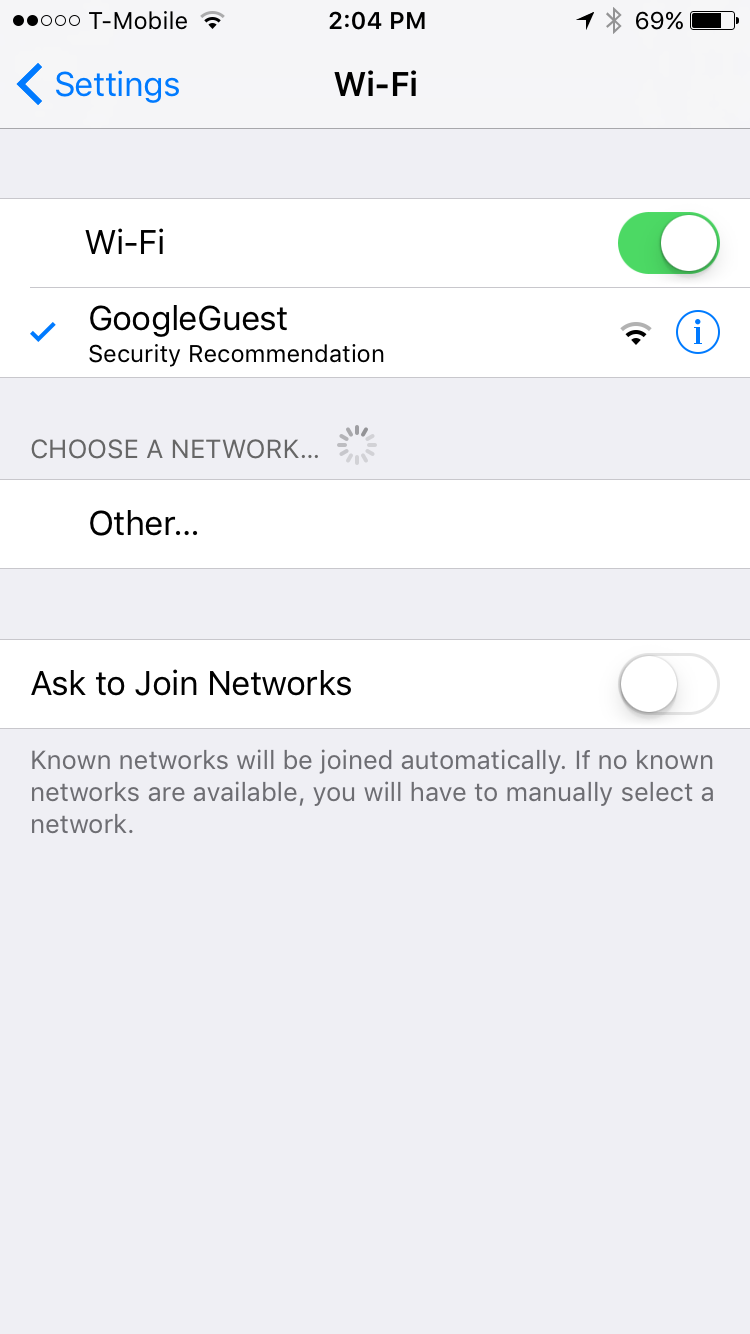 While exploring the city earlier today I ended up wandering too close to the Google building and somehow got connected to their guest wifi network, GoogleGuest, and noticed that iOS 10 gave me an “Security Recommendation” notification. My first reaction was that this was an Apple jab at Google but It turns out that iOS 10 introduced a new feature to let people know that they were connecting to an open network. The intent seems to be to warn users that they may not be on a secure connection but it’s a bit hidden away and didn’t actually prevent me from connecting: it was more of an FYI.

It’s clearly a minor feature but I think it reinforces the stance Apple has been taking in favor of user privacy and encryption. They’re positioning themselves to be the antithesis of Google and this is a small way of driving that point home.