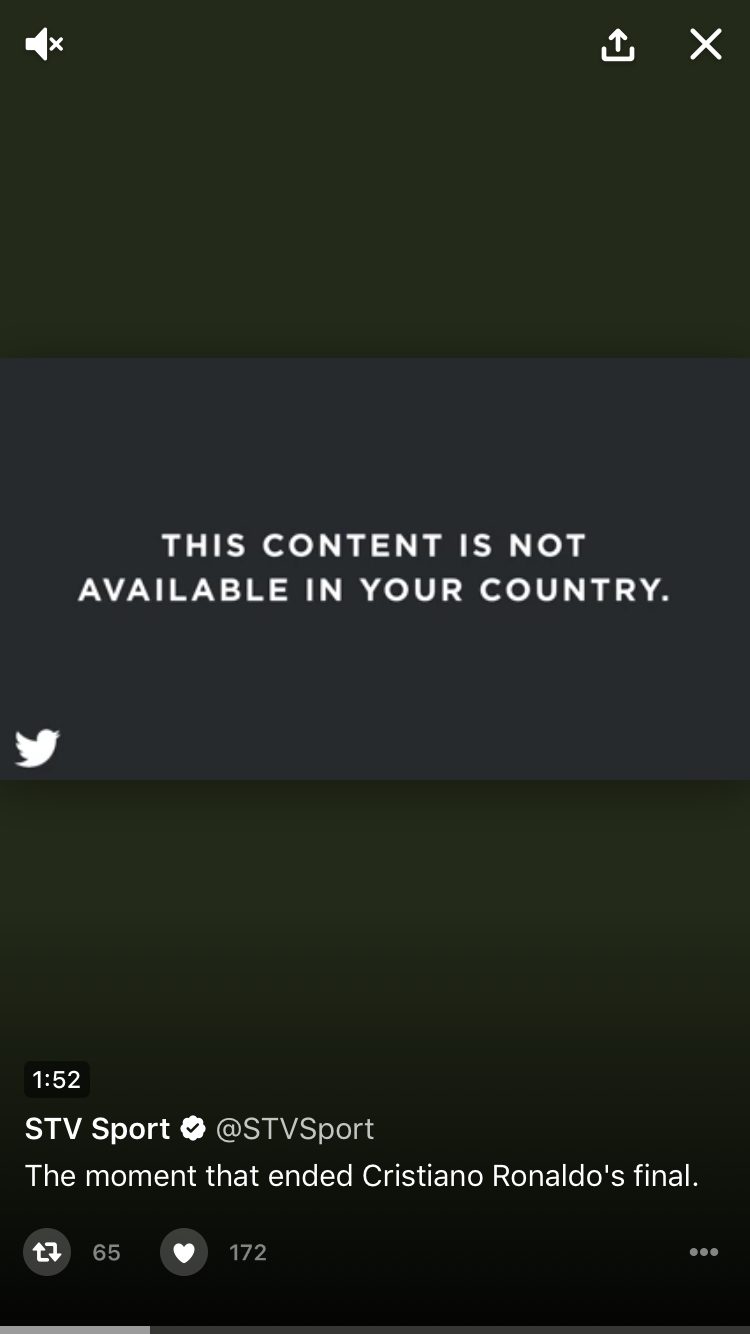 I’m a huge Twitter fan so it’s especially frustrating when I encounter issues. The latest one was discovering a “This content is not available in your country” message when trying to catch up on some Euro Cup highlights in a moment. I understand that in today’s digital rights world there’s always a chance for some content to be unavailable but there’s no reason it should have been included in Twitter’s flagship product that’s supposed to attract and engage new users. The fact that it’s manually curated makes it even worse - how could this have slipped through? One explanation is that the curator was not based in the US and had access to the video. The other is that the video was available initially but was pulled later on. In both cases Twitter should have had the appropriate safeguards to identify this was happening and amend the moment. An even better approach would have been to have different versions of the moment depending on the user’s location. The current implementation just feels sloppy and I can’t stand to see it in a product I love using.