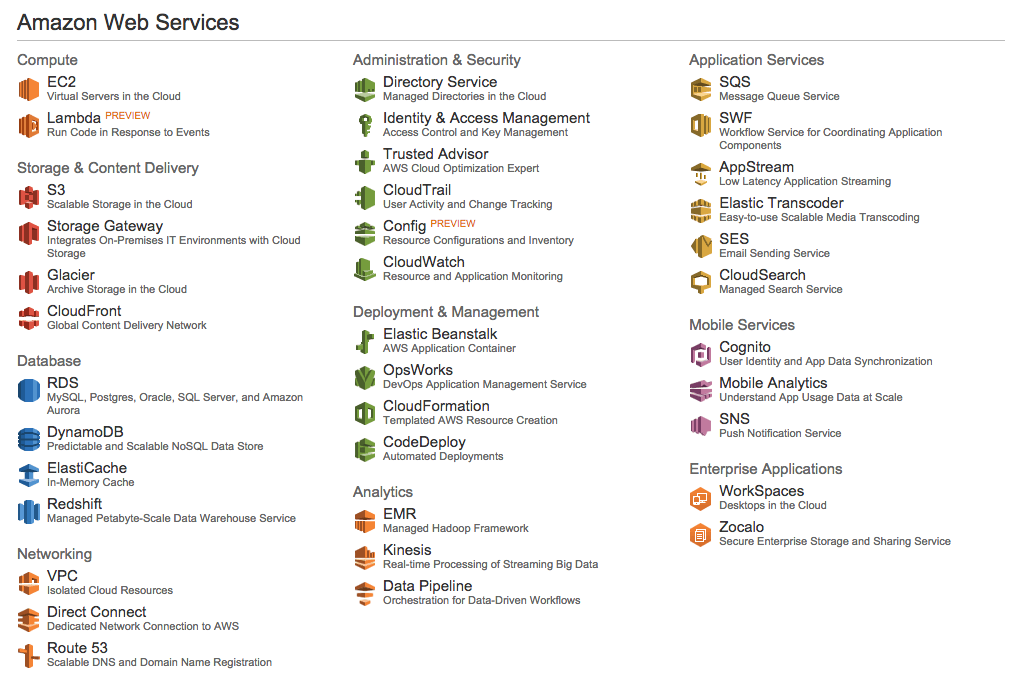 I never thought about this until Shaun brought it up but now I see it all the time: AWS ships code quicker than any other company that size. Some are simple feature improvements to existing products, such as an advanced instance search, additional configuration options for ELBs, and new instance types, but others are entirely new products, such as Lambda, EC2 Container Service, and the newly announced code management suite.

What’s even more impressive is that they provide infrastructure to thousands of other companies and the cost of failure is massive. A breaking feature will affect thousands of companies and cost a ton of money and hurt their reputation. Yet they keep on shipping and launching as if they were a newly launched startup.

I’d love to know the process Amazon has in place that drives these releases - both how they’re able to code at such scale as well as the test process they use to make sure no existing functionality breaks due to new features.

The half serious joke here is that Amazon is always shipping - physical items from Amazon.com and digital services from AWS.