Externalizing externalities in brick and mortar 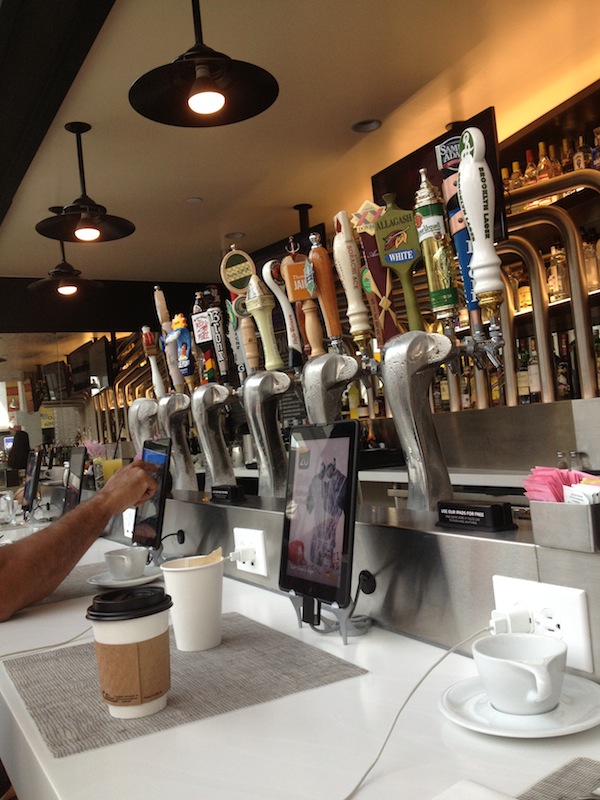 Last week, I had a morning flight out of Laguardia Airport and being into all things tech decided to grab a coffee at a place called Biergarten since they had iPads at every seat. Turned out that the only way to order and pay was by using the provided iPad with the attached credit card reader. I had 30 minutes to kill before my flight and decided to spend it observing the interactions others had with this ordering system.

During the 30 minutes, I saw 6 people approach the bartender and every single one tried to order directly from the bartender without paying any attention to the iPads. Surprisingly, none of them gave up after being told they had to order using the iPad although two couldn’t figure out how to use the iPad and needed help. The major points of frustration were finding the app and then realizing that you needed to “check out” before submitting the order.

I suspect no one actually benefits from this sort of setup. The supposed benefits to Biergarten are that they’re able to hire fewer people and collect payments upfront but I’m not sure it’s worth it given the high usability cost to the consumer. The staff is now kept busy explaining how to operate the iPads and customers are significantly slower at ordering than a trained waitstaff would be. In addition, if an iPad is the only way to order then they can’t have more customers than there are iPads - no one can get anything to go or have a drink standing up unless there are iPads available. The only way this is a good idea is if the iPads are able to attract more customers.

Essentially, the company is trying to externalize the cost of serving customers to the customers without taking into account their experience and frustration. You want to make it as easy as possible for people to give you their money and forcing technology down your customers’ throats isn’t always the answer. As optimistic as I am about technology making things easier, it’s going to be difficult for brick and mortar places to move to a self serve model. It’s simply easier to give someone cash or a credit card and have them do the work than doing it yourself.